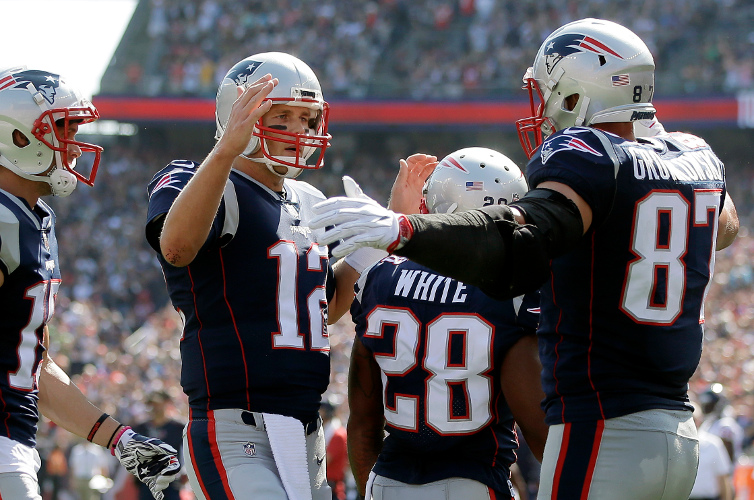 Three weeks into the NFL season the contenders are starting to separate themselves from the pretenders, giving bettors a better idea of which teams have a shot at winning their division.

The latest NFL betting futures could provide bettors with some money-making opportunities if the underdogs can surprise and take the division crown.

Let’s start in the AFC East where obviously the New England Patriots are big favorites to win another division title at -2000. The Patriots have won their division in 13 of the last 14 seasons. At 2-1 they’re tied with Buffalo for top spot. With the New England defense looking shaky so far this season could this be the year they finally concede the division to someone else? If Buffalo can find a way to get to the top they’ll pay out at +1200.

In the AFC North it looks like a battle between the Baltimore Ravens and Pittsburgh Steelers for the division. The Steelers are the favorite at -300, while Baltimore is a +260 underdog. Luckily for bettors they meet up this weekend which could provide a clearer picture on the future of the division.

The AFC South looks like it’s the Tennessee Titans’ to lose right now and the oddsmakers agree after listing them as a -140 favorite. Houston (+350) and Jacksonville (+350) have shown spurts of success this season, but can they be consistent enough to match Tennessee? The Colts aren’t worth talking about without Andrew Luck.

The AFC West looks like the toughest division to call with the Kansas City Chiefs (+125), Oakland Raiders (+190) and Denver Broncos (+300) all having a shot. The Chiefs are one of two teams still undefeated, so until they lose they’re the ones to beat.

In the NFC the East is also a tight race between the Dallas Cowboys (+130), Philadelphia Eagles (+200) and Washington Redskins (+375). The New York Giants were considered to be a preseason dark horse by many, but after an 0-3 start they’re a +650 underdog to win the division now.

The NFC South has only had one repeat winner in division history, but the undefeated Atlanta Falcons could change that as a -150 favorite. The Carolina Panthers and Tampa Bay Buccaneers are +400 underdogs, but neither has done much to persuade bettors to take a chance on them.

The Seattle Seahawks are strong favorites in the NFC West at -250 despite a 1-2 start to the season. The ones to watch in the division could be the Los Angeles Rams at +550. At 2-1 they lead the division and will get to prove if they’re contenders with back-to-back games against Dallas and Seattle.

Finally, the NFC North has been won by the Green Bay Packers in five of the last six seasons and they’re at -200 to win it again this season. The Detroit Lions (+500) and Minnesota Vikings (+300) could challenge them if their quarterbacks can stay healthy and keep up with Aaron Rodgers.