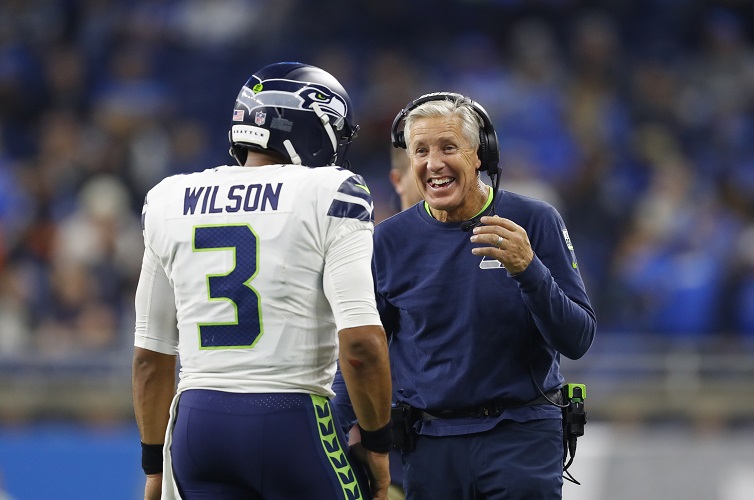 The Seattle Seahawks aren’t winning the NFC West Division – the Los Angeles Rams are. The Minnesota Vikings face an uphill climb to win the NFC North over the first-place Chicago Bears. Thus, the Monday night game to close Week 14 between the Vikings and Seahawks in Seattle is huge in terms of a potential wild-card tiebreaker. Let’s take a closer look at the Vikings vs Seahawks odds.

Minnesota has lost the past four in this series, and the last time they played was in the wild-card round following the 2015 season. That is memorable for all the wrong reasons for Vikings fans. The team was playing outdoors then at the University of Minnesota, while U.S. Bank Stadium was being built.

We mention that because the below-zero conditions of January 10, 2016, could have contributed to Minnesota kicker Blair Walsh hooking a potential winning 27-yard field goal with 22 seconds remaining. Seattle won 10-9, scoring the game’s final 10 points. The Vikings actually brought Walsh back the next year despite that gutting miss. He would be cut midseason, though, and he most recently kicked in the NFL last year … with the Seahawks.

The Vikings vs Seahawks odds have Seattle as a 3.5-point favorite and will be our against the spread pick. The total is 45.5.

Why Seattle will cover the Vikings vs Seahawks odds

Most of the NFL teams are now pass-happy, but not Seattle. Pete Carroll is playing old-school football by running the ball more than any club in the league: 380 times for a league-best 1,786 yards. The Seahawks don’t have a single star tailback like a Todd Gurley. They do have three very solid ones, though, in Chris Carson (4.5 yards per carry), Mike Davis (4.4 ypc), and rookie first-rounder Rashaad Penny (5.1 ypc). They also have one of the most mobile QBs in the NFL in Russell Wilson (5.4 ypc). Carson left last week’s blowout of San Francisco with a dislocated finger but should play against Minnesota.

Despite a mediocre cast of receivers, Wilson is having another Pro Bowl-caliber season, throwing for 2,716 yards and 29 touchdowns against just five interceptions. The Seattle defense isn’t what it was in its heyday, but led by linebacker Bobby Wagner, allows just 21.6 points per game. Wagner was the Defensive Player of the Week last week by literally filling the stat box with just about everything a defensive player could.

With a very good defense and offensive weapons like Kirk Cousins, Dalvin Cook, Adam Thielen and Stefon Diggs, the Vikings should be better than they are. They still haven’t beaten a team currently with a winning record. Thielen is having a breakout season, ranking first in the league in receptions, second in yards (1,166) and tied for fifth in TDs (nine). The offensive line has been an issue.

This figures to come down to Minnesota’s run defense, which ranks seventh in allowing 99.2 yards per game. The Vikings are 0-5 this season when allowing at least 100 yards rushing. Meanwhile, Seattle has hit the century mark in nine of 12 games.

The NFL odds for this game have seen some books drop this line down to -3. The total has been relatively steady.