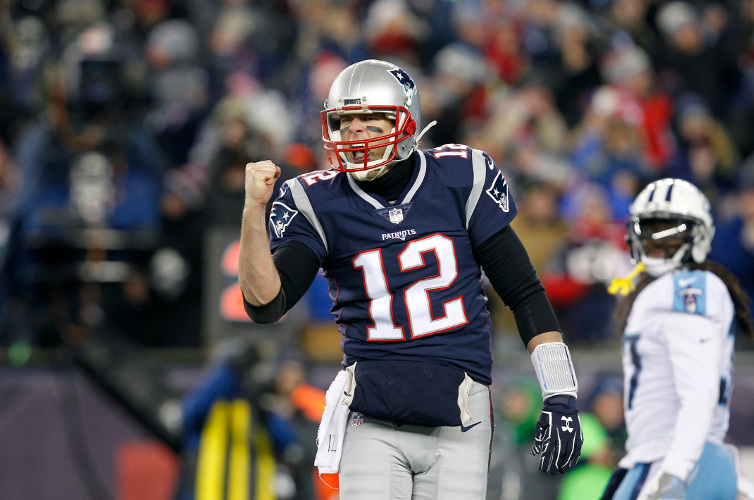 Super Bowl 53 betting figures to be much different than when the New England Patriots and Los Angeles Rams met back in 2002.

It was less than five months after the 9/11 attacks on America and Tom Brady was a fresh-faced rookie who had taken over for injured Drew Bledsoe during the season.

And those Patriots were huge 14-point underdogs, much different than the Patriots team that opened around -1 and will probably be bet up to -3 by the time Super Bowl 53 arrives. The Rams were led by Kurt Warner and Marshall Faulk and were the Greatest Show on Turf, an offensive juggernaut that would surely crush the Patriots.

But we all know how that game ended. Now, 17 years later, Brady could repeat history and you have to think it would be a great time to retire, on top of the world with Super Bowls book-ending his awesome career.

POCKET A GENEROUS BONUS, ENJOY THOUSANDS OF PROPS AND GET THE BEST SUPER BOWL LINE – CHECK OUT BETONLINE.AG

Can the Patriots Cover the Super Bowl 53 betting line?

The answer is always ‘yes’ with the Patriots because great players and great coaching and great luck (sorry Chief fans, who saw break after break and review after review went New England’s way in the AFC title game). The Patriots are small favorites at Betonline.ag and most NFL betting sites and with Brady, Rob Gronkowski and Julian Edelman all healthy and clicking, its enough to win.

The Rams were just mediocre defending the run this year and we can expect the Pats to use Sony Michel, James White and even Rex Burkhead to test that LA defense. They were just 25th in yards per rush allowed at nearly 4.8 yards per carry.

Historically, the Rams have struggled against New England. Since Super Bowl 36, the Pats and Rams have met four times and New England is 4-0 SU and 3-1 ATS. Going back to 2001, the Pats are 5-1 ATS vs the Rams.

New England is 10-2 SU their past 12 playoff games as favorites.

Can the Rams cover the Super Bowl 53 betting spread?

The answer is ‘yes’ but it might be a good idea to wait until almost game time to place your bet, because it looks like money will pour in on the Patriots. That means the line will move from +1 to +2, probably all the way to +3 before pre-game gambling is done.

Los Angeles was an underdog just once all season and that was at New Orleans in the NFC title game. Of course, the Rams rallied and won in OT. They will have Todd Gurley on two weeks of rest for his injured leg, which should make the Rams offense explosive.

In addition to the high-powered offense, the Rams boast the NFL’s most dominant defensive player in Aaron Donald. If he can pressure Brady, the Rams could disrupt things in a big way.

An interesting trend has emerged when the Rams face AFC teams. Since the start of the 2017 season, the Rams have played AFC teams eight times and won every time. The mark is 5-2-1 ATS.

Underdogs have won 5 of the past 7 Super Bowls and let’s face it Patriot fans – it should be 7-0 because the Pats should have lost to Seattle and Atlanta. But the football gods smiled on Handsome Tom and Cheating Bill.

Who Should I Bet On for Super Bowl 53?

There is one factor which has proven 100% accurate the last eight times the Patriots have played in a Super Bowl. Watch the coin toss, get the result and go bet immediately on this basis.

New England won the coin three times and guess what happened each time? They lost all three.

So its pretty simple to hedge your Super Bowl 53 betting decision until the last minute. Go make a dozen other bets on Super Bowl props, the national anthem, Super Bowl MVP etc. But the coin toss should decide this game.