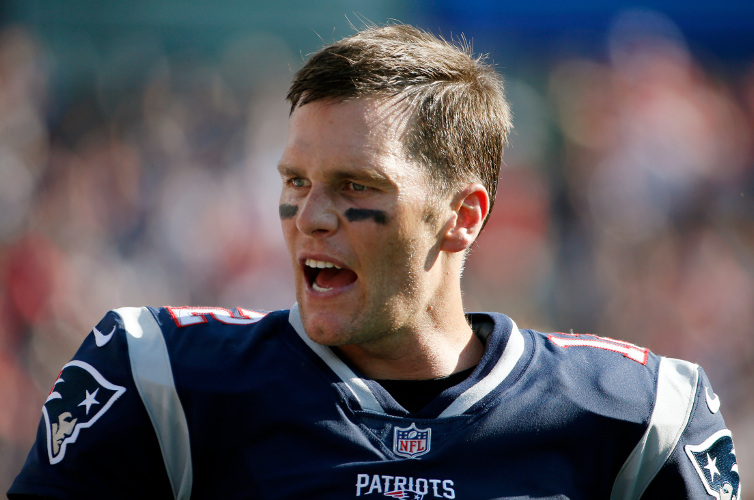 With two weeks of the new NFL season in the books the oddsmakers are predicting a Super Bowl rematch between the New England Patriots and the Atlanta Falcons, as each tops the odds list for their respective conferences.

In the AFC the latest conference odds have New England listed as a +175 favorite. The Patriots started the season slow with an upset loss to Kansas City, but rebounded nicely in Week 2 to crush New Orleans. The Patriots still have some work to do with their defense but should remain as the AFC favorite unless they suffer another big upset down the line.

Scrolling down the rest of the AFC championship odds you’ll find the Pittsburgh Steelers next at +400, following by the Oakland Raiders at +525 and the Kansas City Chiefs at +800.

It’s difficult to judge Pittsburgh so far as they haven’t really met up with any significant competition having faced Cleveland in Week 1 and Minnesota minus Sam Bradford in Week 2. Their Week 4 matchup with division rivals Baltimore should shed some light on the Steelers’ status as a contender.

The Raiders could arguably be ahead of Pittsburgh and may challenge New England for top spot on the odds if they can continue their early-season success. Oakland has the top scoring offense in the league through two weeks, and although a matchup with the Jets helped that, there’s no doubting the talent they have on offense. Circle November 19 on your calendars, as the Raiders host the Patriots that week.

The Chiefs started their season off with a bang by upsetting New England and kept it up with a win over Philadelphia last week. Kansas City has a great chance to improve their odds or drop down the list in mid-October with back-to-back games against Pittsburgh and Oakland

Switching gears to the NFC, on the conference futures Atlanta is the favorite at +400. The Falcons didn’t begin the season as the favorite in the NFC but the oddsmakers had to give them a bump after their win over Green Bay last week. The Falcons must be looking ahead to October 22 when the get a Super Bowl rematch with New England and a chance to avenge their epic choke job.

Following the Falcons on the NFC championship odds are the Seattle Seahawks at +450, and the Packers and the Dallas Cowboys both at +550.

Seattle is 2-0 on the season despite a lackluster offense that ranks near the bottom of the league in points scored. Seattle has scored only one touchdown in their first two games and will need to get that sorted out if they’re to remain among the favorites in the NFC.

Green Bay was the NFC favorite, but that quickly changed after last week’s loss to Atlanta. The Packers get an easy rebound game this week against Cincinnati and another next week against Chicago before their next real test on the road against Dallas.

Speaking of the Cowboys, their standing on the odds also took a hit last week after a poor showing in a loss to Denver in which Dak Prescott and Ezekiel Elliott both struggled. Both need to avoid any kind of sophomore slump for Dallas to remain among the contenders.