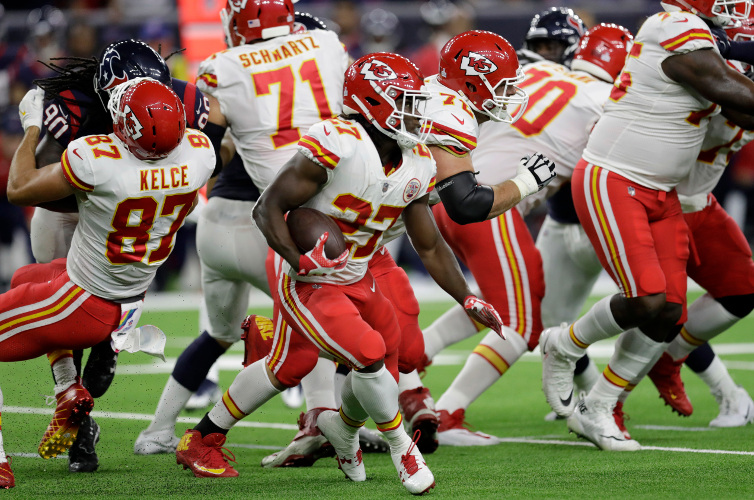 The Chiefs are a 3-point road favorite coming off their first loss of the season that snapped a five-game winning streak both straight up and against the spread. Kansas City has still won nine in a row on the road SU and ATS. The Raiders have dropped their last four games SU and ATS and as a home underdog they’re 0-3 SU and ATS in their last three. In the matchup trends, the Chiefs have won five straight against Oakland at 4-1 ATS and in their last eight they’re 7-1 SU and 6-2 ATS.

The New York Giants finally won last week and they’ll host the Seattle Seahawks this week as a 6-point home underdog. New York snapped a six-game losing streak last week, and as a home underdog they’ve won their last two SU. Seattle is coming off their bye week with a lousy 4-7 ATS record in their last 11 games. Against New York the Seahawks have won three straight SU and ATS.

The Green Bay Packers begin the rest of their season without Aaron Rogers at home against the New Orleans Saints as a 6-point underdog. Green Bay has won seven straight at home at 6-1 ATS, but as a home underdog they’re 1-3 SU and 1-2-1 ATS in their last four. The Saints are riding a three-game winning streak SU and ATS, but as a road favorite they’re only 3-9 ATS in their last 12. The OVER looks strong for totals bettors here as New Orleans is 7-1 OVER in their last eight and the last eight matchups in this series have all gone OVER.